China flood disaster: a call for prayer as millions impacted

Heavy rain around China’s Yangtze river basin has left 128 people dead and scores missing, Chinese media says, with more damage feared from a typhoon expected to land this week. Our partner church, the China Christian Council (CCC) has today requested prayers during this disaster. In response, Uniting Church in Australia (UCA) President Stuart McMillan has written a pastoral letter to the CCC and called on the UCA to pray for those affected by the floods. Below is the letter from the CCC Department of Social Services, translated into English.

May love manifest among the people although the floods are ruthless. We appeal to sisters and brothers to pray in intercession for people affected by the nationwide floods in China. 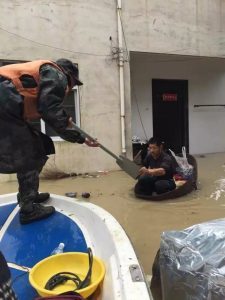 Since this year’s major flood period began, the overall amount of rainfall has increased rapidly. Starting from June 30th, the middle and lower reaches of Yangtze River received heavy rains, affecting Jiangsu and Anhui provinces, and the eastern part of the southwest regions of China. In Hunan, Hubei, Anhui, Guizhou, Henan, Jiangsu, and Zhejiang provinces, hundreds of rivers have passed their alert water levels.

At the National Flood Prevention press conference of July 3rd, the State Flood Prevention Headquarters and Ministry of Water Resources reported that 26 provinces and 1,192 counties in China, together with 2,942,000 hectare crops, had been hit by the floods, with 3,282,000 people being affected, with 148,000 people being evacuated in emergency. So far 186 people are confirmed dead and 45 people are missing. The floods have caused the direct economic loss over 50.6 billion RMB. It is expected that in next three days the water levels of the main streams from Lianghua Pond to Datong River, Dongting Lake, and Boyang Lake will pass their alert water lines. The water level of Tai Lake will continue to rise as well. 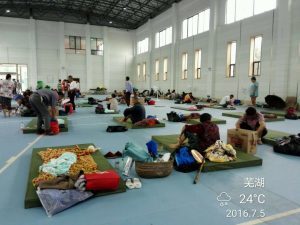 Let love manifest among the people, although the floods are ruthless. During this period of emergency, we seek support and cooperation from different sectors of the society and the Church. This year the CCC & TSPM will pay close attention to the disaster caused by these nationwide floods, and will make the appropriate response accordingly. Hereby we appeal to all churches and church members to be mindful of the disaster and pray for the affected regions and the people. May we all pray that the floods subside and the shared love is manifested through this time of emergency.

The request to pray was translated by Rev Zhao Chengyi, a PhD candidate from the CCC who is currently studying at Centre for Theology and Ministry in Melbourne.

Please pray for our partners the CCC and the people affected by this terrible disaster.
You may wish to use this prayer:

God of compassion, You are the source of all comfort and care.

Today we pray for the people in China,

for the lives that have been devastated by rain and flood.

Bring them safety and comfort,

Protect their homes and belongings,

Sustain them with care and love, we pray.

May our prayers strengthen the weak,

Keep the spread of disease within the limits of God’s compassion.

We pray for all members of the Chinese church,

As they support their brothers and sisters in this time of needs.

May our prayer strengthen the rescue workers and forces,

have mercy on them.

We pray for the local communities

as they feed the hungry and care for the homeless.

Give them your enduring care.

We pray that the peace of the Lord be with our partner church.

That our response to their suffering be compassionate.

May the Lord give comfort to all the peoples in suffering,

and our solidarity give them support in their needs.

For we ask it in Jesus name, 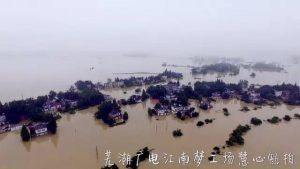 Read the prayer request and prayer in full (including Chinese)