Pastoral messages connecting faith and COVID-19 in the Pacific 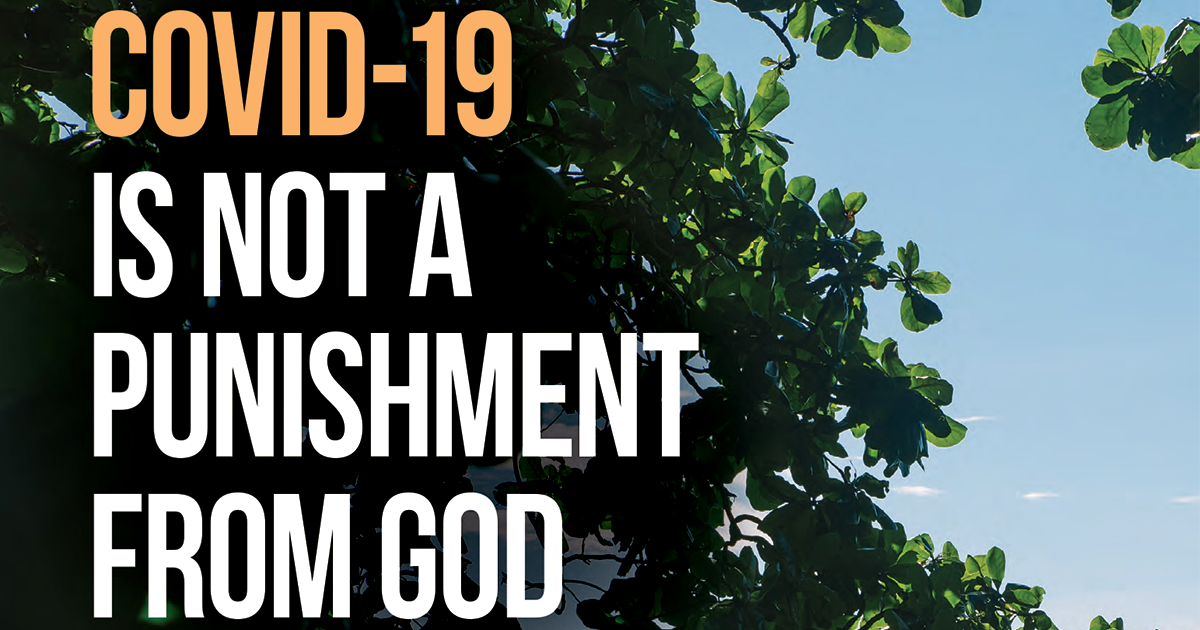 Pacific church leaders and theologians have been guiding people of faith through the COVID-19 crisis.

When the COVID-19 pandemic first hit the region, Pacific Island nations were quick to guard against the disease with safety lockdowns. The limited health infrastructure across much of the Pacific meant its populations were particularly vulnerable.

Pacific churches too were proactive in urging people to follow official health and safety advice during lockdowns, as well as giving theological guidance to help people of faith (the vast majority in the Pacific) understand and respond to the crisis. A proliferation of misinformation and dangerous theological framings has made their messages even more important.

A series of pastoral letters put out by the Pacific Conference of Churches (PCC) as well as several letters and social media posts circulated by prominent Pacific Christian leaders created an opportunity to consolidate the themes into a set of key theological messages.

The key messages were then turned into a series of seven printable posters and social media assets that could help amplify important pastoral guidance during the crisis.

Reverend Dorothy Jimmy of the Presbyterian Church of Vanuatu (PCV) has been sharing the messages in her church and her words have reached people nationwide. One of her Sunday sermons was broadcast on national television and she used the opportunity to share the messages as well as reflections on gender-based violence and the need to promote dignity and protection in the home during COVID-19.

She also led follow-up daily devotions that were broadcast over a week, each morning and evening highlighting a message from the resources, Biblical Theological Guidance during COVID-19 and Messages on Dignity and Protection in the Home during COVID-19 (14 in total).

“People told me, ‘we saw you on TV! It was really good to hear a message about what God’s word says about what we are currently going through,’” said Rev Dorothy.

“The TV producer said he had never heard that sort of practical theology coming out [of the church].”

“A lot of people are looking to the Church right now in regard to what is happening.”

Martha Yamsiu Kaluatman, the Gender Focal Point of PCV said many people were hearing the ideas shared by Rev Dorothy for the first time.

“Many people I spoke to said they loved hearing the message on that issue [COVID-19] and on being resilient,” said Martha.

As part of the Gender Equality Theology project in Vanuatu, Martha, Rev Dorothy and the Presbyterian Women’s Missionary Union (PWMU) Gender Team ran an awareness workshop and used the theological messages with 36 women leaders in North and South Efate Presbyteries on 24 and 30 June.

The feedback from the women leaders was positive and helped highlight the need for clear and positive theological messaging during crises like COVID-19.

“Most of us have been confessing – because of our misunderstanding of COVID-19 as a punishment from God and we blame other people as well,” said a participant.

“The message challenged me because I was upset with the people of China and anyone from China.”

Many of the leaders committed to sharing what they learned at the workshop with others in their communities.

“I have to go and help others that have negative thoughts. I have learned that COVID-19 is not a punishment from God.”

“We must not blame others for COVID-19, and I must be kind to them because everything has its seasons.”

UnitingWorld Project Manager Aletia Dundas says the power of the messages relies on how they are picked up and adapted by churches in their local contexts.

“The key messages were consolidated in this way to be contextualised, translated and used by churches to inform people about what is going on and how to respond faithfully to the crisis,” said Ms Dundas.

While a lot of bad theology has emerged during the COVID-19 crisis, many of the harmful messages have come to the Pacific from outside and are being countered by Pacific theologians.

“Pacific leaders and theologians are challenging harmful theology with strong positive theological messaging in support of government and health messaging, and against stigmatisation and blame. These messages identify preventative measures and identifying it as an act of faith.”

“The posters aim to amplify their messages,” said Ms Dundas.

Churches in the Solomon Islands and Vanuatu have already adopted and translated the messages, and churches in Papua New Guinea used the initial PCC pastoral letters to create their own series of posters.

You can download the English and Bislama (Vanuatu) versions of the resources here.

Another series of posters and shareable key messages are being developed from the Messages on Dignity and Protection in the Home during COVID-19 resource. Stay tuned!

Funding was provided by the Church Agencies Network – Disaster Operations (CAN DO), a consortium of faith-based agencies that was formed to better coordinate and strengthen our global humanitarian, disaster risk reduction and resilience-building work.

Funding from the Australian Government through the Australian Humanitarian Partnership is supporting the translation and adaptation of messages in some countries.