Uniting against violence | Thursdays in Black 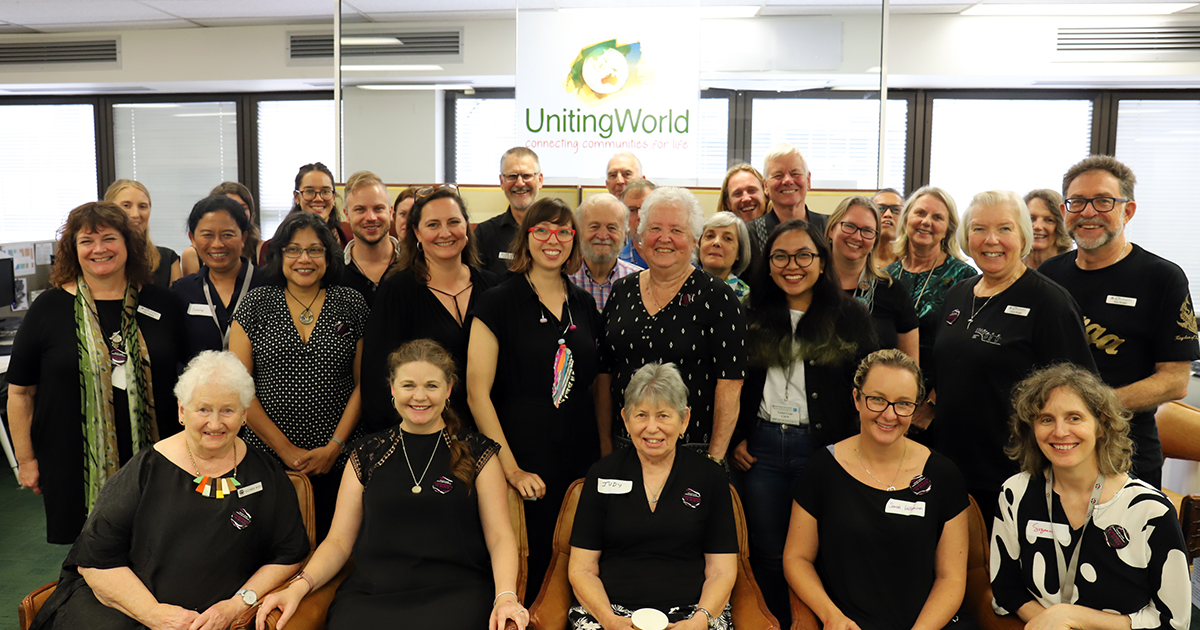 The horrific murder of Hannah Clarke and her three children Aaliyah, Laianah and Trey last month by her former partner has renewed an important conversation about the prevalence of men’s violence against women in Australia.

The discussion has focused on the critical legal and funding issues that need to be addressed, but many experts argue that we must also work to change attitudes and behaviours to prevent violence long before it ever occurs. As domestic violence researcher Dr Sue Heward-Belle argues:

As Australia is left reeling over the tragic deaths of yet another woman and her young children, we must reflect on our own attitudes towards domestic violence, and what we can do as a community to counter these types of behaviours.

We can all help to shift the society-wide attitudes that justify, minimise or ignore violence. And we can all be part of building solidarity for a safer world.

We can treat violence against women as the crisis it is.

On average in Australia, one woman a week and one man a month is killed by a current or former partner. One in six (1.6 million) women have experienced physical and/or sexual violence by a partner since age 15.

Australian police currently deal with 5,000 domestic violence matters on average every week – one every two minutes. ABC News have created an interactive counter to highlight the prevalence of the violence.

The problem also affects our wider Asia-Pacific region, where rates of violence against women and girls are far higher than the global average. (Our partners are leading a dialogue and empowering advocates to address the issue).

What can we do to draw attention to the crisis?

On April 30, 1977 a group of 14 Argentine mothers gathered in the Plaza de Mayo in Buenos Aires to demand answers about their children “disappeared” by Argentina’s brutal military dictatorship (1976 – 1983). Their action defied the regime’s law against mass assembly, but despite the risk to their lives the women would gather every Thursday to demand answers and seek justice.

As the number of disappeared grew, the movement grew, and the Mothers of the Plaza de Mayo were able to gain international attention to the ongoing human rights violations. The women were deemed as “subversives” and five of the leaders were kidnapped, tortured and murdered by the regime. But the women persisted.

Their movement was a catalyst to building a consensus so broad that the dictatorship’s days became numbered. The women’s fight for justice then continued for decades into the democratic era. They would eventually get the answers they demanded, giving closure to hundreds of people whose loved ones were murdered during the regime.

Thursdays in Black is a global campaign that was started by the World Council of Churches (WCC) and its approach was inspired by movements of courageous women like the Mothers of Plaza de Mayo. You can read about the others here.

The WCC relaunched Thursdays in Black on International Women’s Day this year, urging churches and people of faith to join the movement of wearing black in solidarity with women facing violence.

Every Thursday, staff at UnitingWorld and many of our international church partners wear black as an act of solidarity to honour women everywhere facing violence and injustice.

It’s a small gesture, but a powerful symbol of our unity of purpose and commitment to act.

Imagine how powerful it would be if every person of faith thought this issue was important enough to turn up every week for. I’d like to think that most of us already do, we just don’t actually turn up.

How to get involved

Wear black on Thursdays. And if you have one – wear a badge to declare you are part of the global movement resisting attitudes and practices that permit rape and violence. Show your respect for women who are resilient in the face of violence and injustice.

Start conversations about the issue and encourage others to become advocates themselves.

Get in touch at info@unitingworld.org.au if you’d like us to send you out a badge. 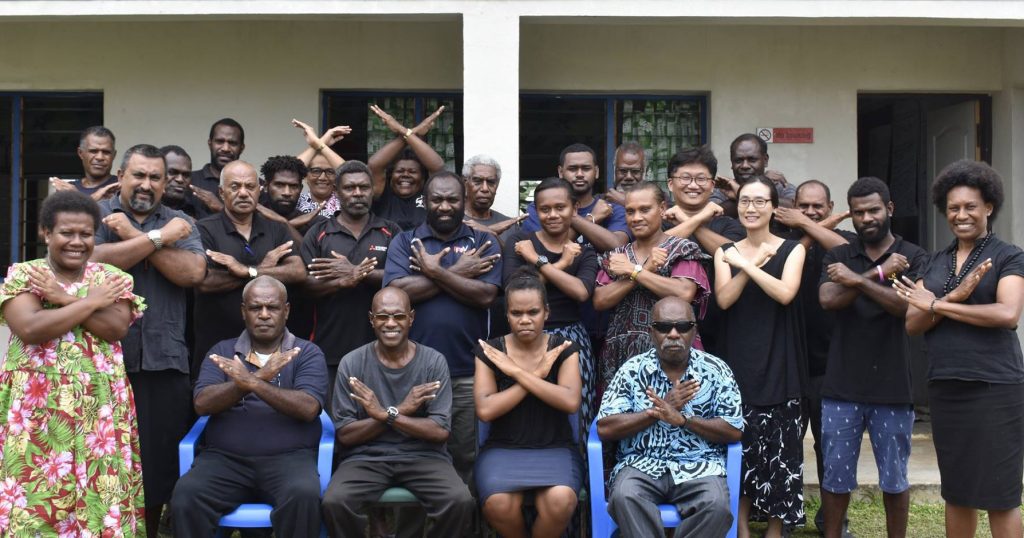 UnitingWorld is the international aid and partnerships agency of the Uniting Church in Australia, collaborating for a world free from poverty and injustice. We support Pacific churches to lead a dialogue in the theology of gender equality and address violence against women in their communities. Read more.