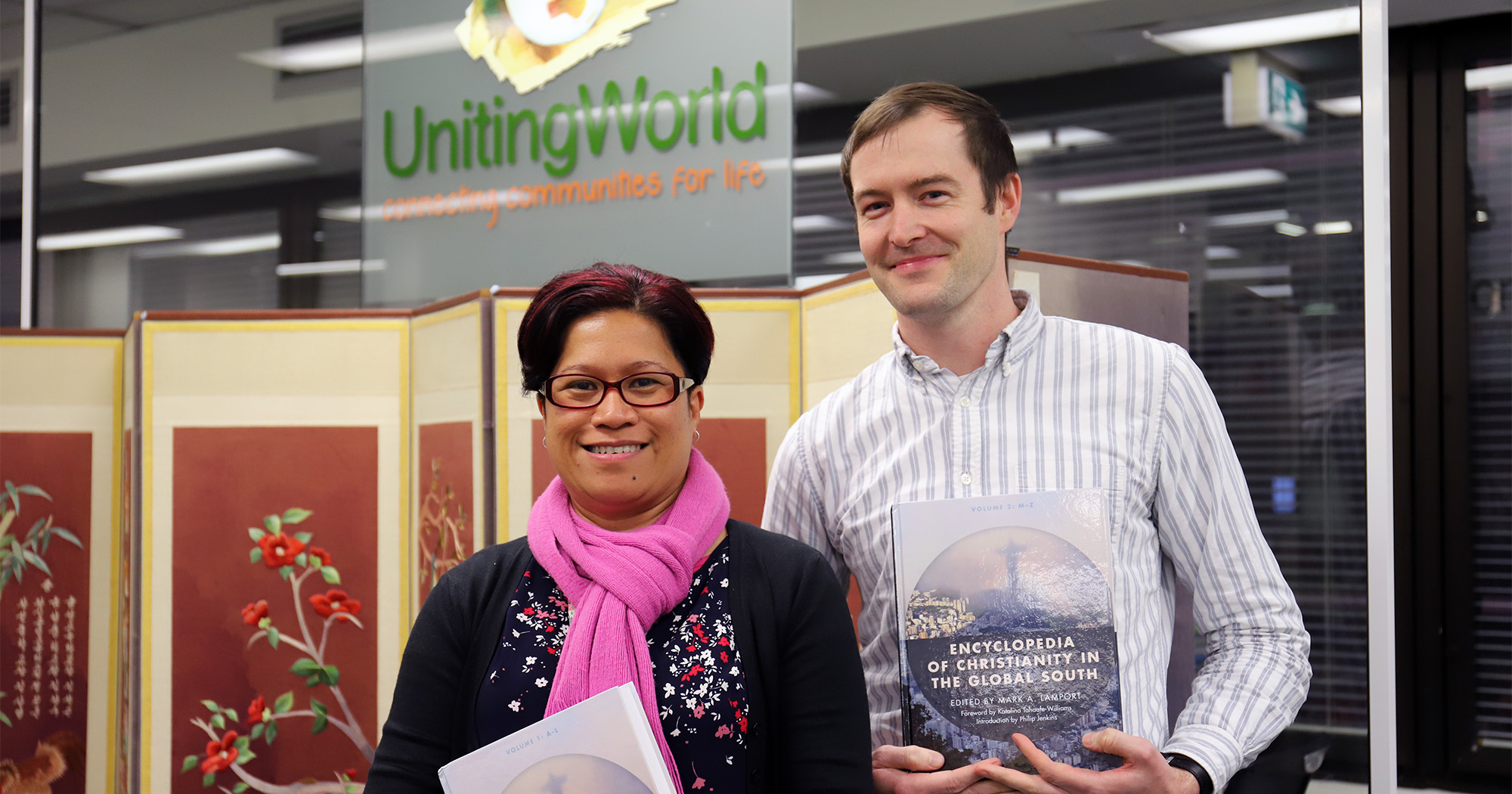 UnitingWorld’s Rev Dr Seforosa Carroll and Marcus Campbell have contributed chapters in the recently published ‘Encyclopedia of Christianity in the Global South.’

One of the key transformations affecting global Christianity today is the shift of the ‘centre majority’ to the Global South, where Christian faith thrives.

The (imperfect) classification ‘Global South’ includes about two thirds of the world’s population, many of whom have less-developed or severely limited resources.

The two-volume Encyclopedia of Christianity in the Global South is a huge resource on the study of contemporary world Christianity, with a focus on regions and themes that reflect its actual geographical distribution.

Rev Dr Carroll contributed an entry entitled, ‘Feminism and Christianity,’ highlighting the ways localised forms of feminism have inspired and empowered women in much of the Global South.

She writes on the critical and unique contribution of women theologians to understanding “women’s multiple oppressions and their secondary and subservient role in church and society;” how Christianity is understood in the Global South alongside different indigenous religions; and how the Bible “inspires active involvement in the struggle towards a renewed church and transformed world.”

Marcus Campbell contributed the entry on the Indonesian provinces of West Papua and Papua, drawn from his recently completed thesis on the role of religion in peace and conflict there.

His entry charts the history of Christianity in West Papua, as well as the inspiring legacies of the indigenous Church in peacebuilding, nonviolence and grassroots human rights work.

The Encyclopedia of Christianity in the Global South is published through Rowman & Littlefield.