Why we joined the climate strike 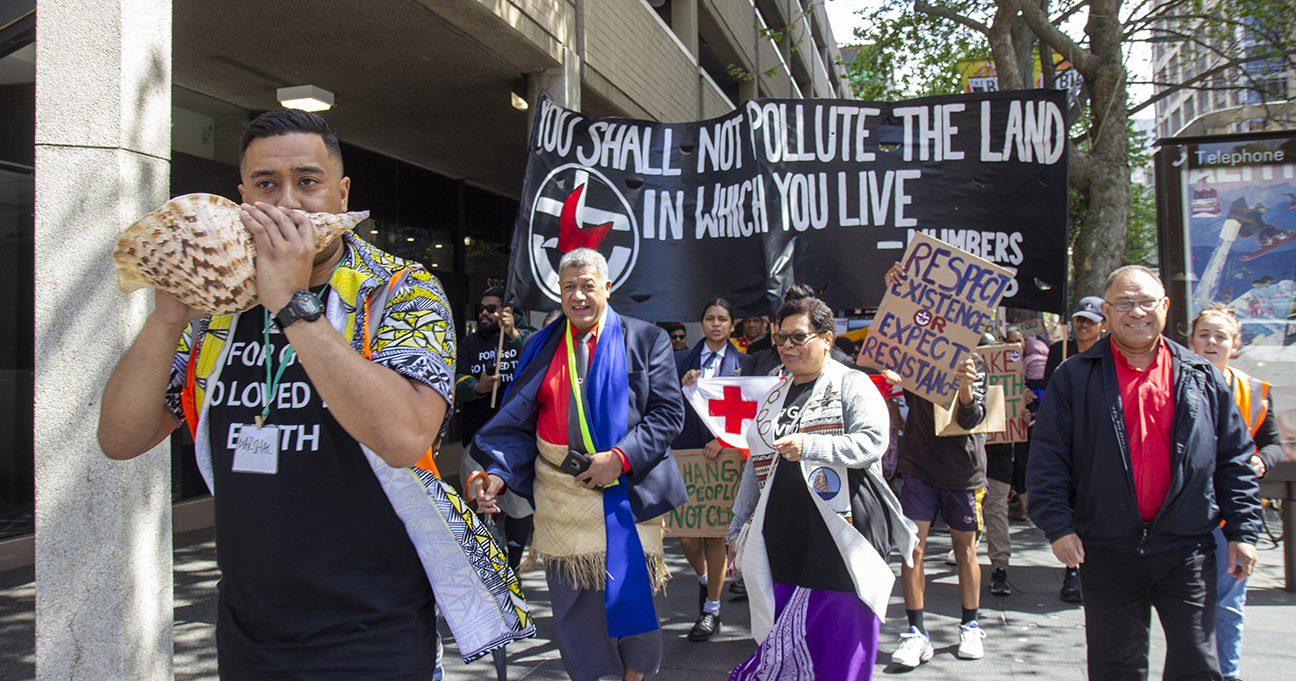 When the Uniting Church in Australia was formed in 1977, we made a statement to the nation that included this commitment:

“We are concerned with the basic human rights of future generations and will urge the wise use of energy, the protection of the environment and the replenishment of the earth’s resources for their use and enjoyment.”

Caring for creation is in our DNA. It’s a long legacy that inspired our decision to join the Global Climate Strike in solidarity with students and young people who are scared but holding onto hope as they advocate for a better future.

More than a thousand of you were right there with us. From Sydney to Perth, Darwin to Hobart, Adelaide to Brisbane, Alice Springs to Melbourne and dozens of towns across Australia; faithful Uniting Church members, UCA-affiliated schools and UnitingWorld supporters were a visible presence of hope to their communities.

In Sydney there were more than 360 people in our group. Starting in the morning with worship and prayer at Pitt St Uniting, we heard a challenging sermon from Tongan-Australian Rev Alimoni Taumoepeau, Minister at Strathfield Homebush Uniting Church. “Why do I join the climate strike? God gave me—and each of us—the responsibility to take care of this world, not to destroy it,” said Rev Alimoni.

“Ultimately, I am here because Jesus calls me to be. In Chapter 4 of Mark’s gospel, after Jesus calms the storm, he asks his disciples, ‘where is your faith?’ Do we believe God is with us? Walking with us? Calling us to love one another as God loves us?”

“Well, already the impacts of climate change are hitting the world’s poorest. This moves me to act in faith.”

Led by the Pasifika-Australians in our group, we headed out of the church to join to the wider community for the largest public demonstrations in our nation since the peace marches to oppose the Iraq War in 2003.

We joined with people expressing solidarity with rural Australians struggling through an unseasonably early fire season and the most severe drought conditions in 120 years; people fighting to save the natural wonder of our Great Barrier Reef; children and youth who want a safe, healthy planet to grow old in (with parents and grandparents who want that too!); and our partners in the Pacific who are already leading change in their communities.

A group of Tongans, Fijians and Niueans sang the Fijian hymn Eda sa qaqa (‘We have overcome’) and Kepueli Vaka, a Tongan-Australian ministry candidate of United Theological College, blew a deep note on a Kele’a (conch shell).

“With tears rolling down my face, I realised that the voices of the voiceless, the people of the South Pacific were present through the ringing vibrations of the Kele’a. It was crying and calling for people to unite for all of God’s creation,” he said afterwards.

We were so encouraged by the turnout and messages of support from people in areas too remote to get to an event but wanted to express their appreciation that the church was involved.

And we were moved by messages of thanks and support from our international partners, many of whom are on the front lines of climate impacts and looking to developed nations to take the lead in reducing global emissions.

At a time when our partners in the Pacific and Southeast Asia have been stepping up their disaster preparation and climate justice work, it’s been a joy to follow their lead and act in solidarity for the whole creation.

Subscribe to our newsletter to stay in the loop with our work on climate change.